On the 11th January, glorious sunshine greeted the 53 parkrunners who had gathered for the 9th edition of Roma Pineto parkrun. This represents a really good turn out for us, despite the muddy conditions following days of heavy rain.

Without doubt, this total was boosted by the presence of tourists hailing from Australia, England and Poland.

From amongst them, we must mention Graham Parker and Katherine Hilditch from near Manchester, in Rome, who were on honeymoon. They decided to incorporate our parkrun into the celebrations and were lucky enough to find us offering Prosecco, as is often the case.

Katherine, also had the honour of being our “veteran of the day” as she has recently celebrated (during a New Year’s Day double) her 250th parkrun. 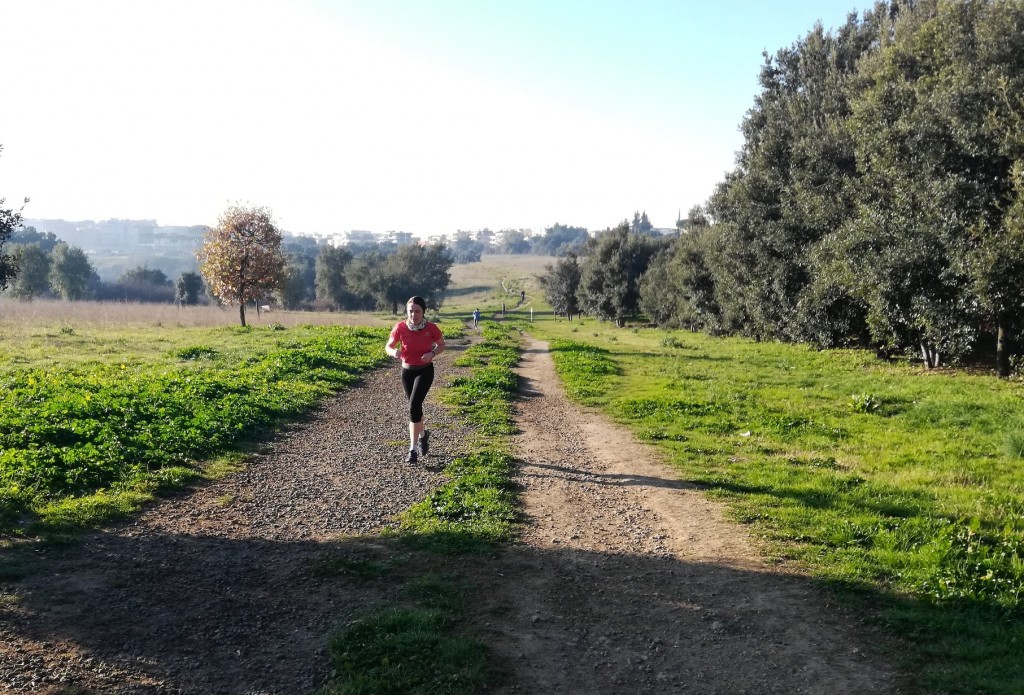 We were very happy to see a decent number of local junior runners take part, with 6 youngsters completing the course, 4 of whom were under the age of 10.

Futhermore, we also welcomed back a few runners who we have not seen for a while, including Valentina Troilo, back running around Pineto after having a break following pregnancy. She was accompanied by her husband Daniele Del Prete, who is drawing ever nearer to 50 parkruns. 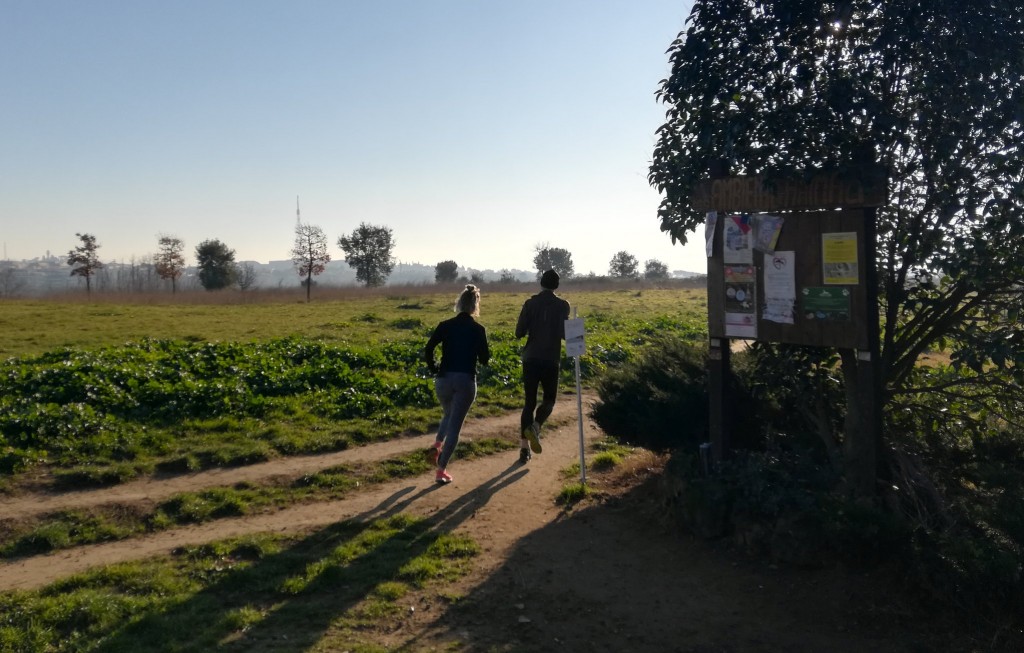 Another notable returnee was Mark Ridger, who acted as pacer for Francesco Gargano, aiming for an 18-minute finish (a very easy pace… for HIM). 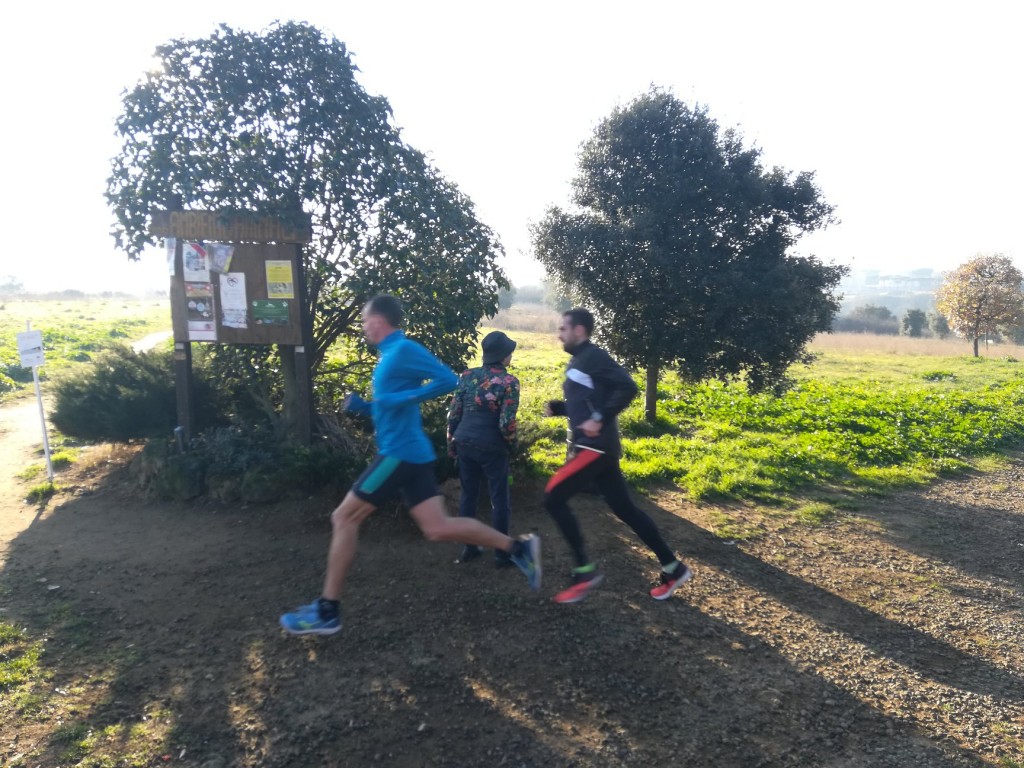 However, despite the terrain not being in perfect condition, many other runners pulled out all the stops that weekend. This was the case with Leonardo Fallace, Camillo Campochiaro, “our” Luciano Giovannini, Gianfranco Roncadin, the young master of the house Riccardo Vassallo, Cristina Tecca and Andrea Destito who all set new Personal Bests. 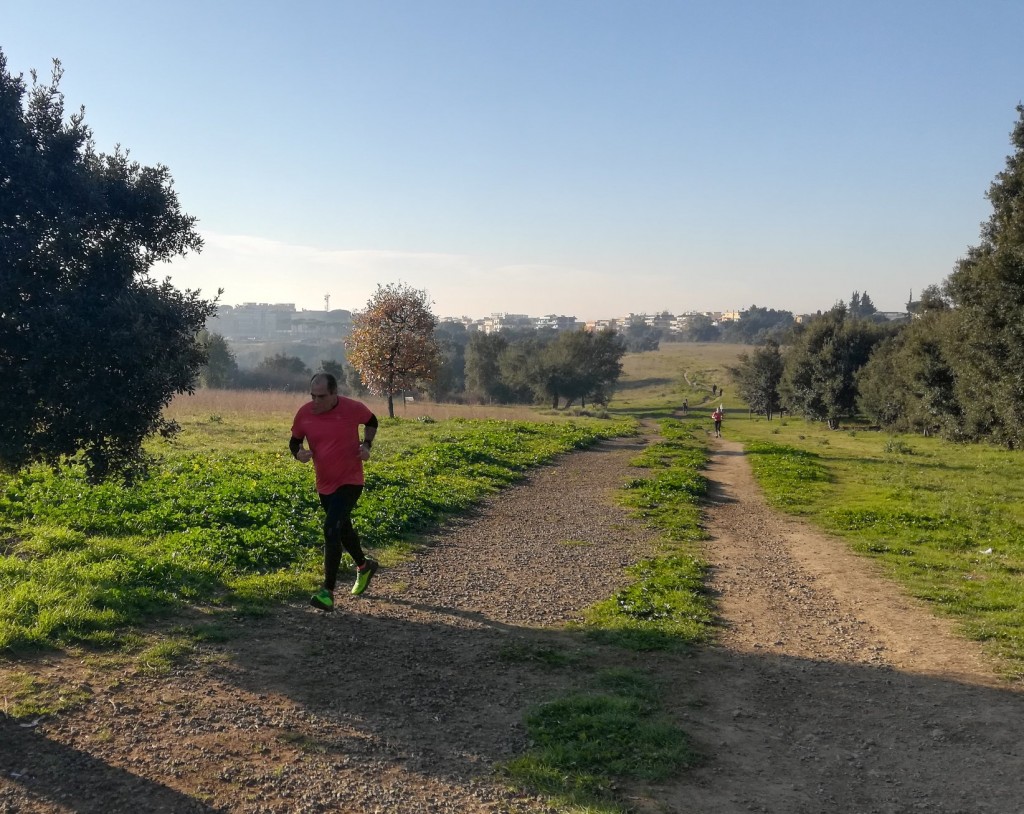 A special mention also goes to Sergio Cocozza and his group, within which we find the fastest ladies on the day, Giuseppina Sorrenti and Lauro Antico, who reached the finish together. Part of Sergio’s group carried on to complete a 3rd and 4th lap, as part of a mid-length run. This is an excellent way to include parkrun in a half marathon training plan. 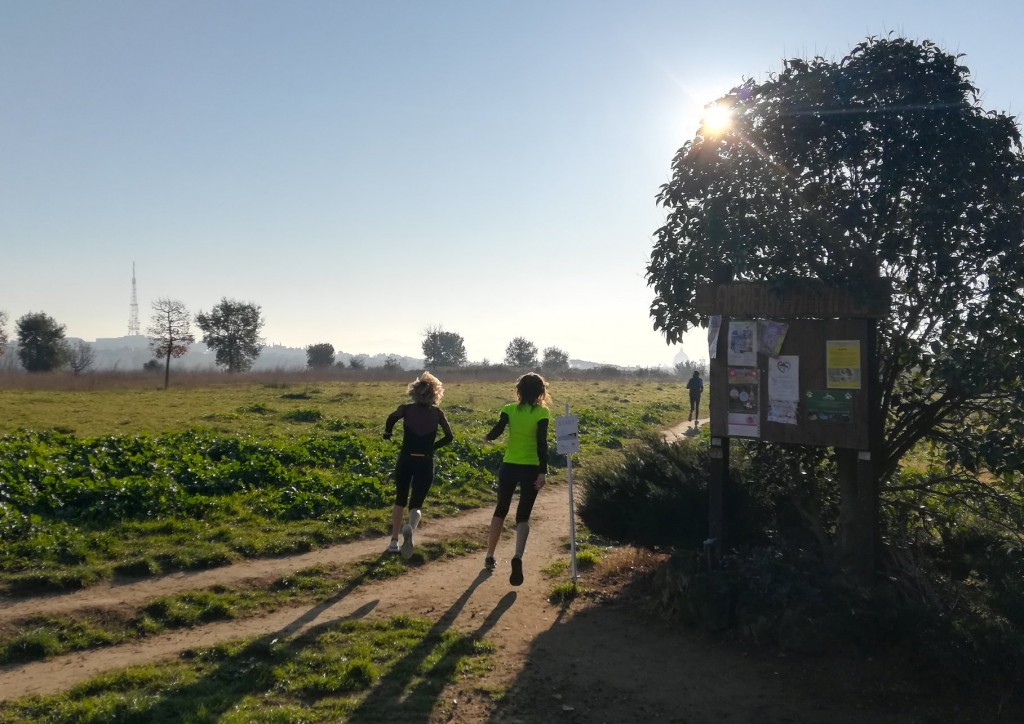 Heavy driving rain was the main accompaniment for parkrun on the 18th January. However even with the very difficult conditions and the absence of a few regulars, who were visiting Caffarella in honour of Alessandro Testagrossa’s 50th run, we still saw 18 runners complete the very muddy course.

As is often the case when the going gets tough and there are adverse conditions, Emanuele Musolino appeared to cheer things up with his beautiful photos!

We were joined by two brave English tourists, Claire and Nicholas Winning from Buckingham, and this low number was partly a relief to our ED who was forced to dust off his stilted English briefing in the absence of others. Obviously one of them, Claire, was destined to be our veteran of the day, with her 115 parkruns, and also first woman finisher. 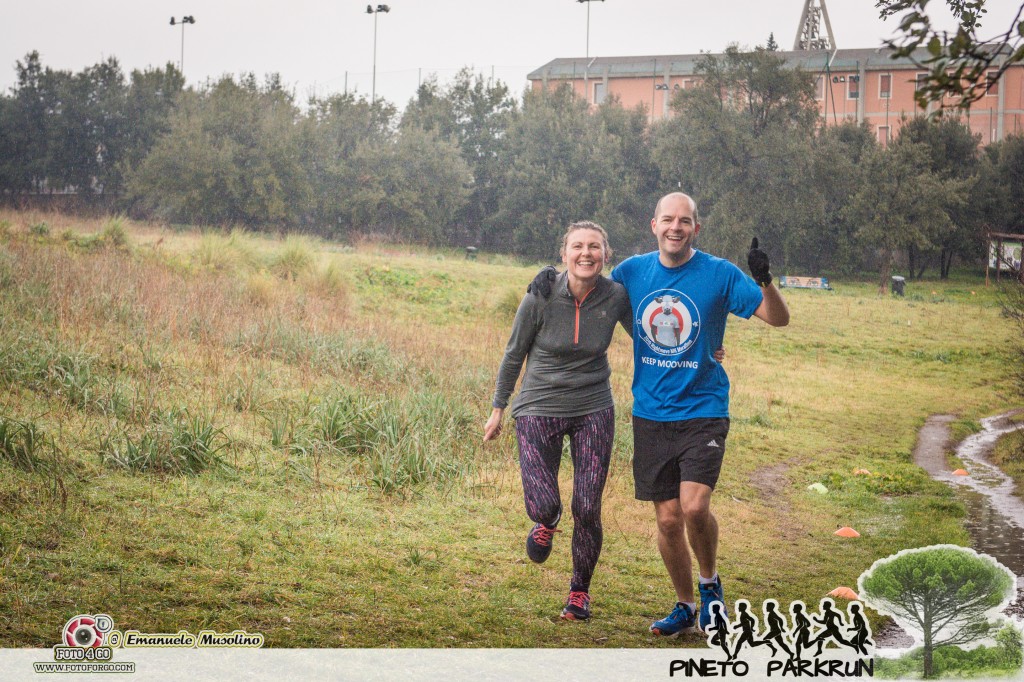 Our group of local “crazies” was lead round the course by Luigi De Luca, followed by David and Harry Tongue. 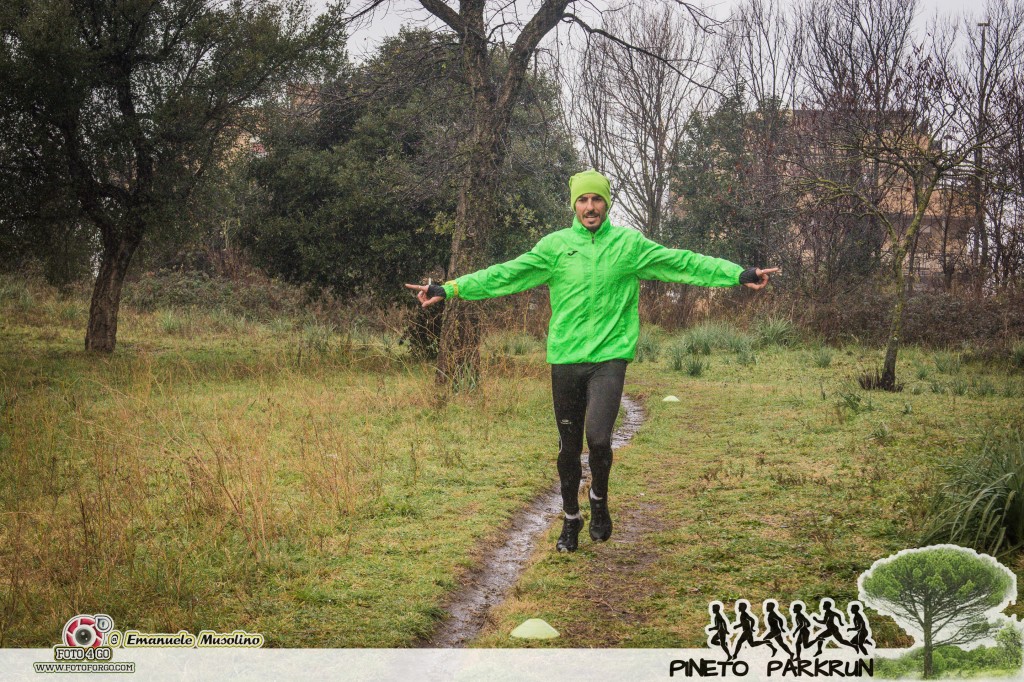 David was also the author of a dramatic slip in the mud during his second lap, while his agile son Harry managed to skip round without any mishaps. 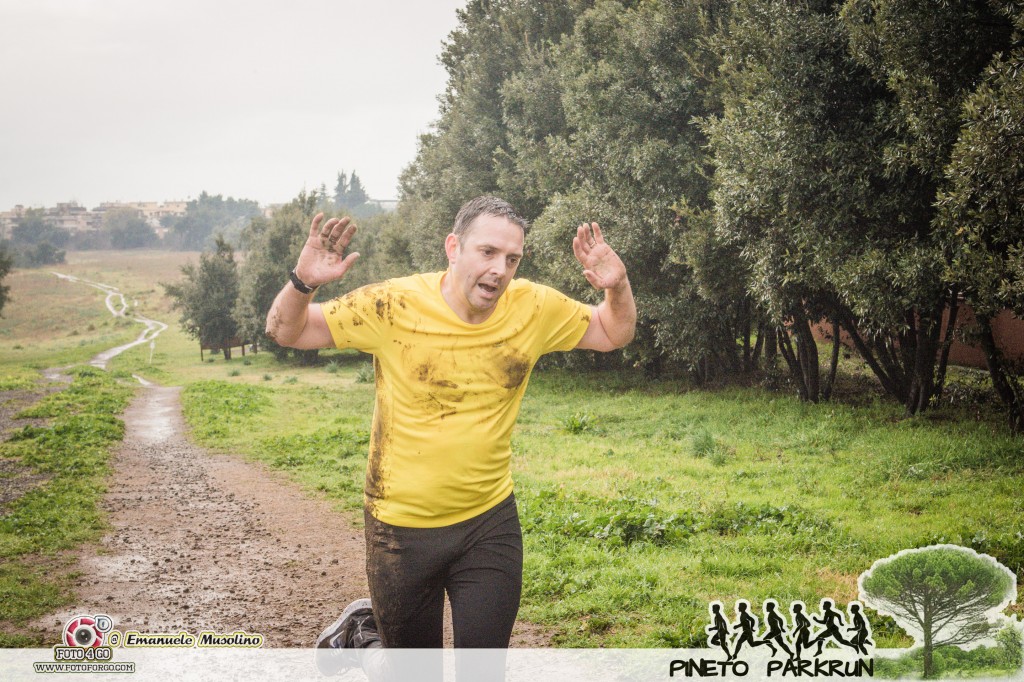 Obviously there were no PBs to note considering the situation on the ground, but we would like to give a massive round of applause to all those who took on the rain, possibly having even more fun than usual. 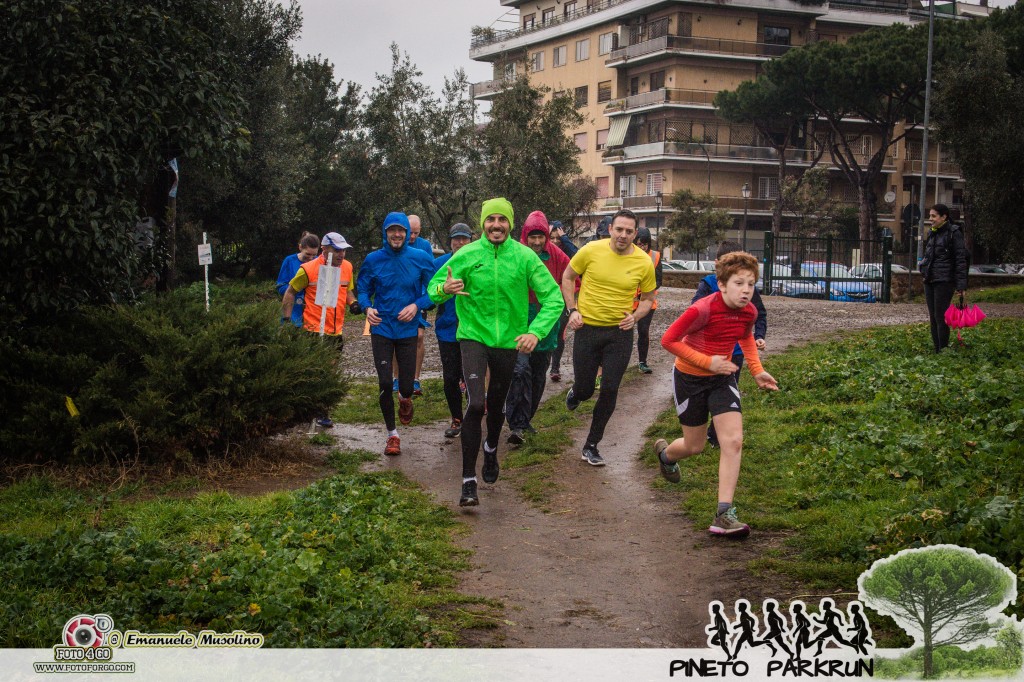 After a week of beautiful sunshine, Saturday the 25th had a nasty surprise in store for us: a sudden downpour shortly before the start of proceedings.

The mud of Pineto means heavy going but also lots of smiles. Therefore, we knew that Emanuele Musolino would not miss out on the change to immortalise events with his photos.

We only had two visiting foreign tourists for the final Saturday of January but they were particularly noteworthy. We could almost define them “stars” in the world of parkrun tourism. We were honoured to host Gregory BAILEY and Michelle BENNETT. 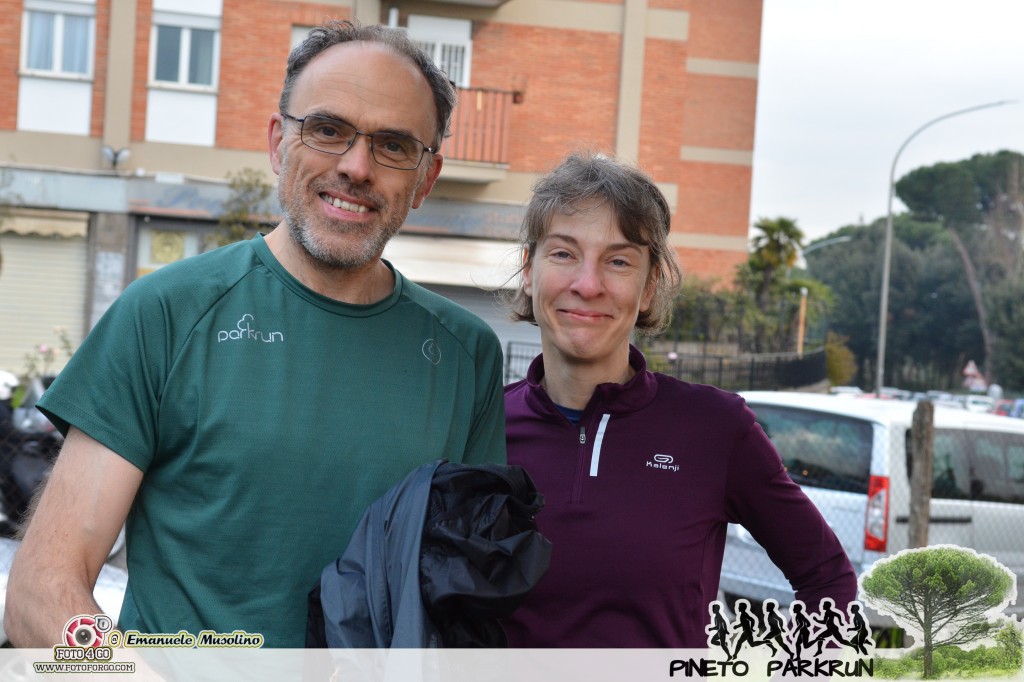 In parkrun tourist lingo “a Hoffman” is a person who completes 50 different events during their first 50 parkruns. This is in honour of Roderick Hoffman, one of the more prolific parkrun tourists, who paid us a visit last year.

In the same way, we can define “a Bailey” as somebody who runs their first 100 parkruns at 100 different consecutive events and “a Full Bailey” would be doing likewise for their first 250 runs.

Of course, Bailey himself is the author of this unusual (and thus far unbeaten) record: 250 different events across his first 250 parkruns. Currently he has sailed past 322 parkruns at 308 different locations, so has obviously decided to revisit some old friends and will always be very welcome back with us. 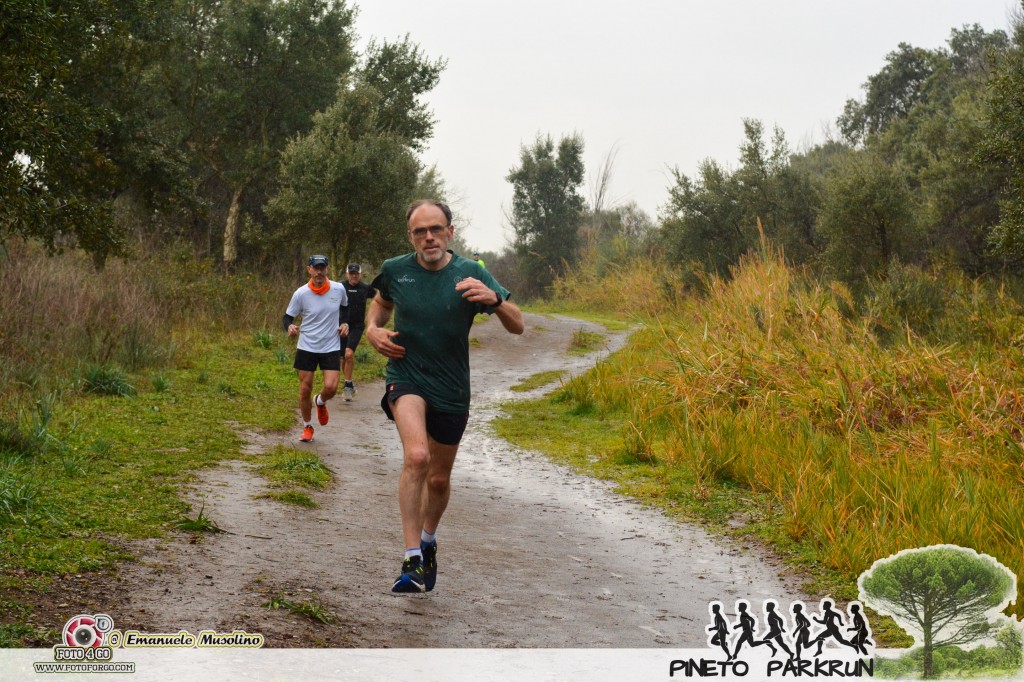 Other guests from closer to home included Stefania VOLONTERIO and Marco ROGNONI, parkrunners from Milano Nord parkrun, both of whom have more than 50 runs under their belts.. 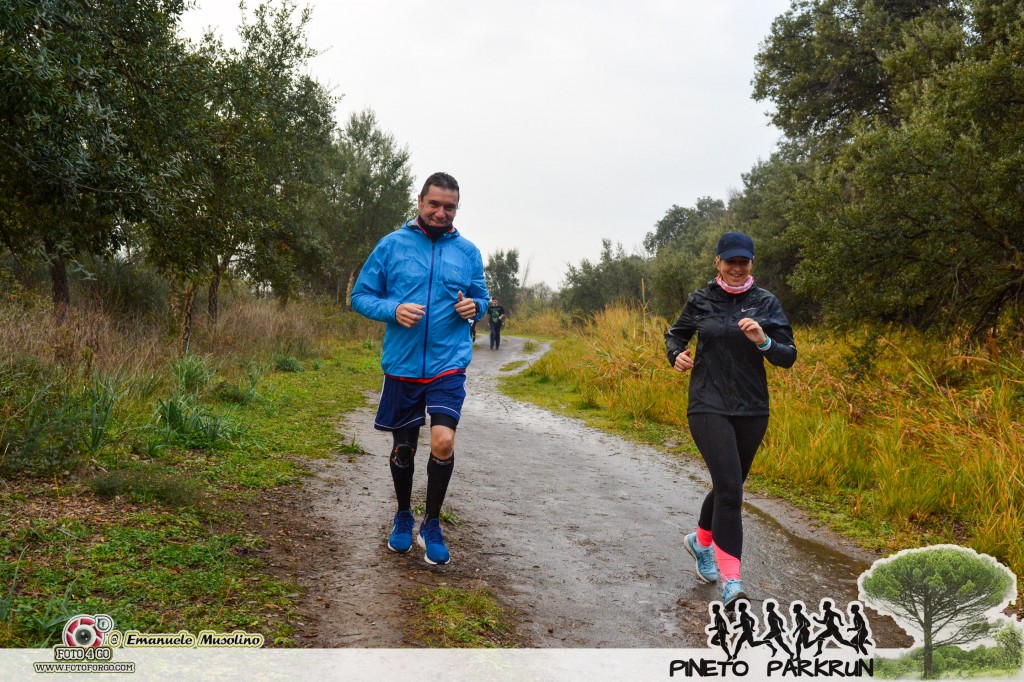 Finally, we welcomed a new member of the parkrun family with open arms, Felipe NOGUERE is taking on the difficult challenge of opening a new parkrun in Villa Borghese, right in the heart of Rome. 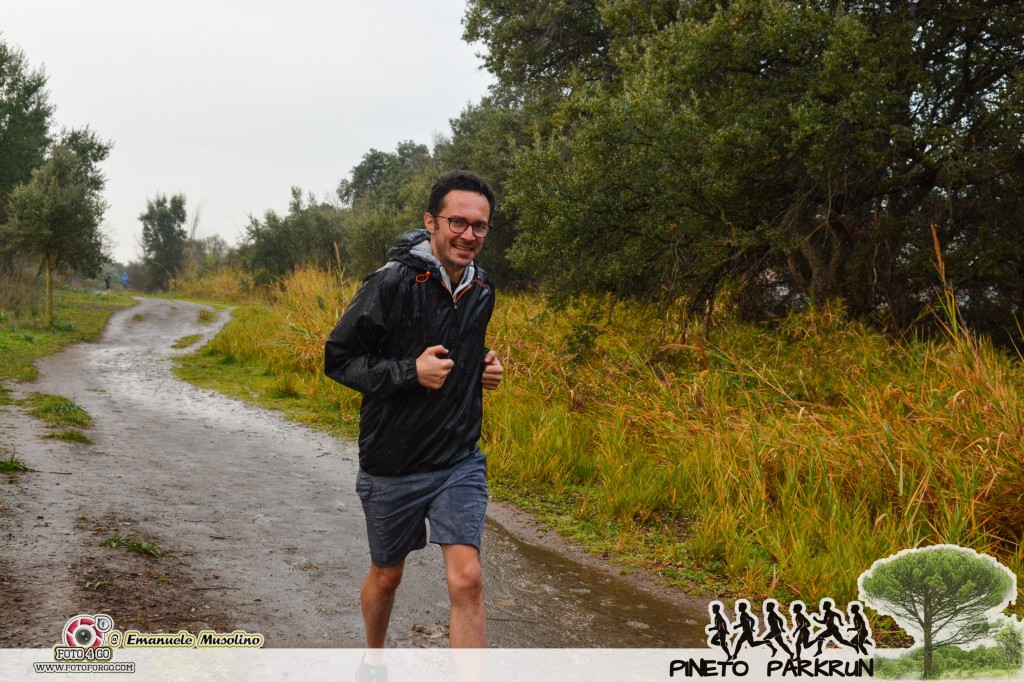 The layer of mud created by the last minute rain and the testing “Tre comuni” half marathon the following day did not see us posting super-fast times other than a surprising new personal record by Cristina Tecca, fresh from her first 10km race the previous Sunday at the famous Corsa di Miguel. 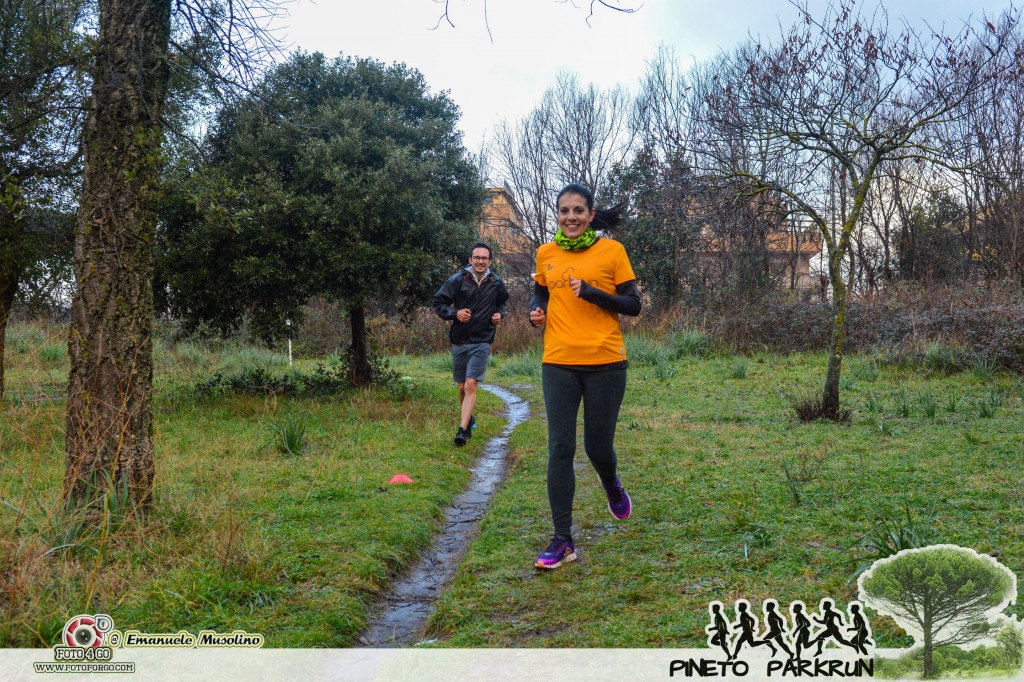 A round of applause goes to her and to all those who ran on Saturday despite the ever present threat of rain, such as young Gabriele Cavallo who reached his 25th “grown up” parkrun, which is not an official milestone but means that he’s well on his way to 50.. 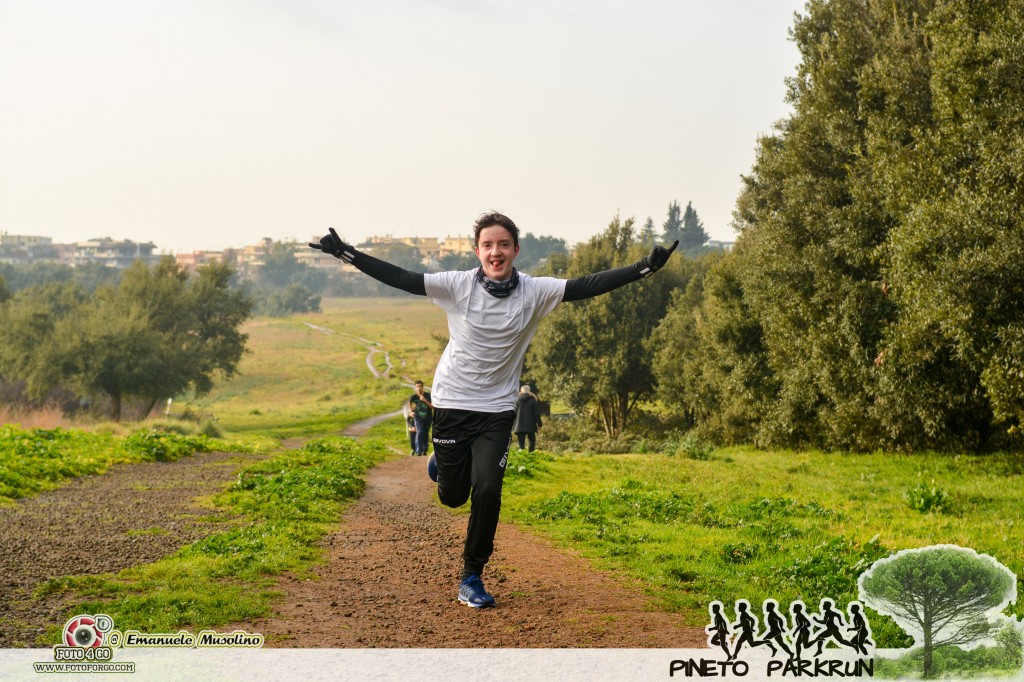