Following the festivities of our New Year's Day double with Caffarella (which you can relive via Laura's account, in Italian, here), once again over 50 parkrunners met up to run or walk our 5km course together.

We're particularly pleased to welcome suchhealthy numbers during the holiday season, mostly thanks to a solid and committed group of locals who take part regularly.. 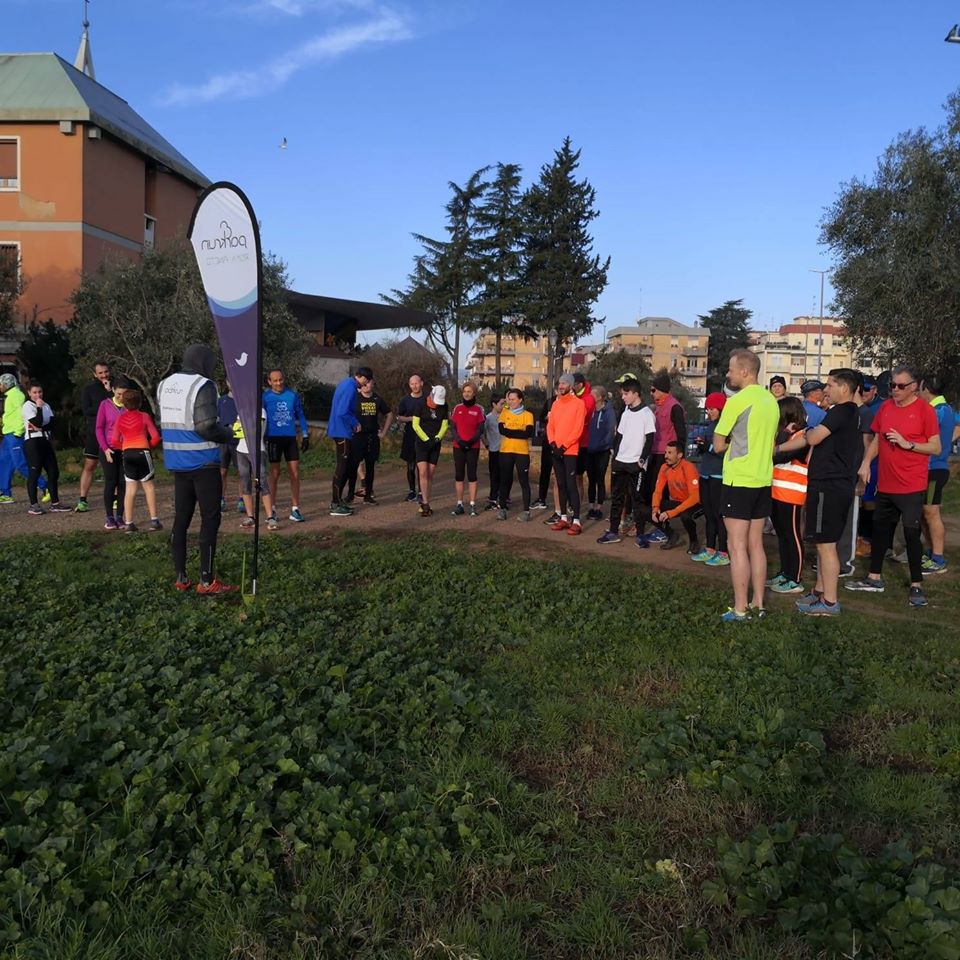 They were joined by 6 tourists from Australia, England, Ireland and Russia. Amongst them were somereturnees to Pineto, such as the very fast Lee Moreton (Who actually discovered parkrunvia our event), The Irishman Alan LAWLOR, who had already visited us a year and a half ago and Sacha Rossi, who we consider one of our own, with 17 of his 107 parkruns run at Pineto. 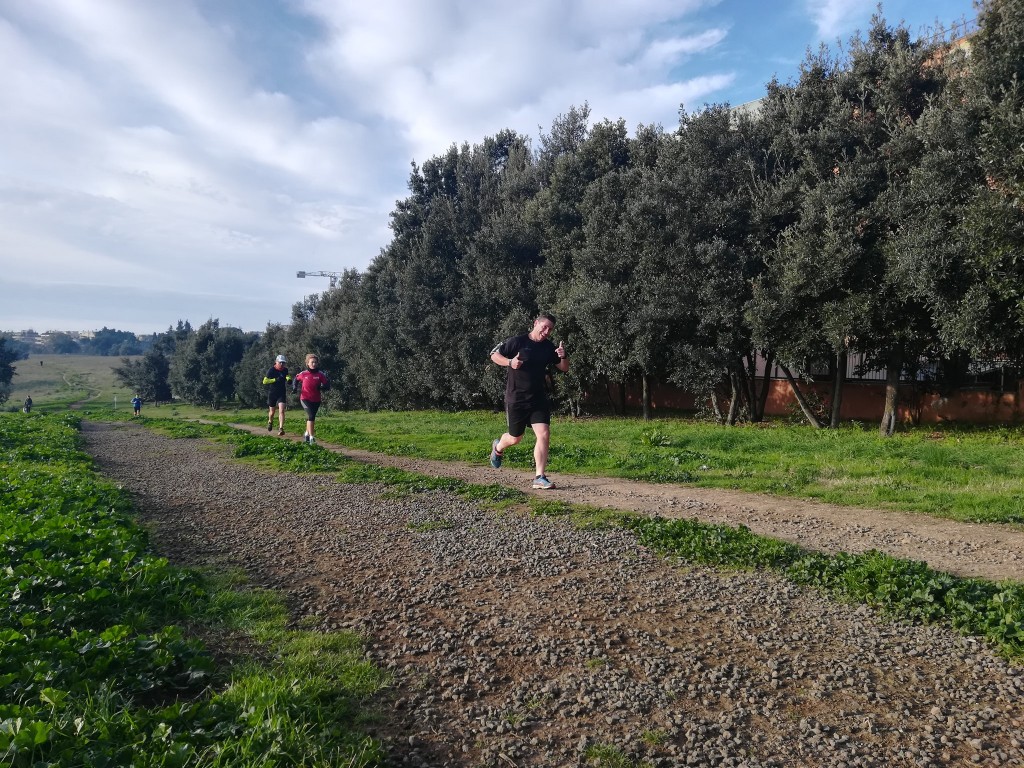 However, it was theAussie, Richard SCOLYER, on 144 parkrunswho tookthe title of veteran of the day. Well done to him also for finishing under 20 minutes on our challenging trail course.

Our course may be difficult but it is useful for intense training sessions, as coach Sergio Cocozza's group knows well. They joined us once again en masse this Saturday and amongst their number we had the fastest woman finisher, Giuseppina SORRENTI, just ahead of her training partner Laura ANTICO.

Pineto is not the easiest training route and can be even crueller if you decide to attempt a PB, especially if you have tried numerous times before. Despite this, there were quite a few improvements this time around: Alan LAWLOR, Harry TONGUE, Stefano OLIVETTI, Leonardo FALLACE, Camillo CAMPOCHIARO, Cristina TECCA and Paola CERROCCHI.

We must add to this list the very close call (by a matter of seconds) by our veteran parkrunner Giovannini pulled along by Jenny Stripe. 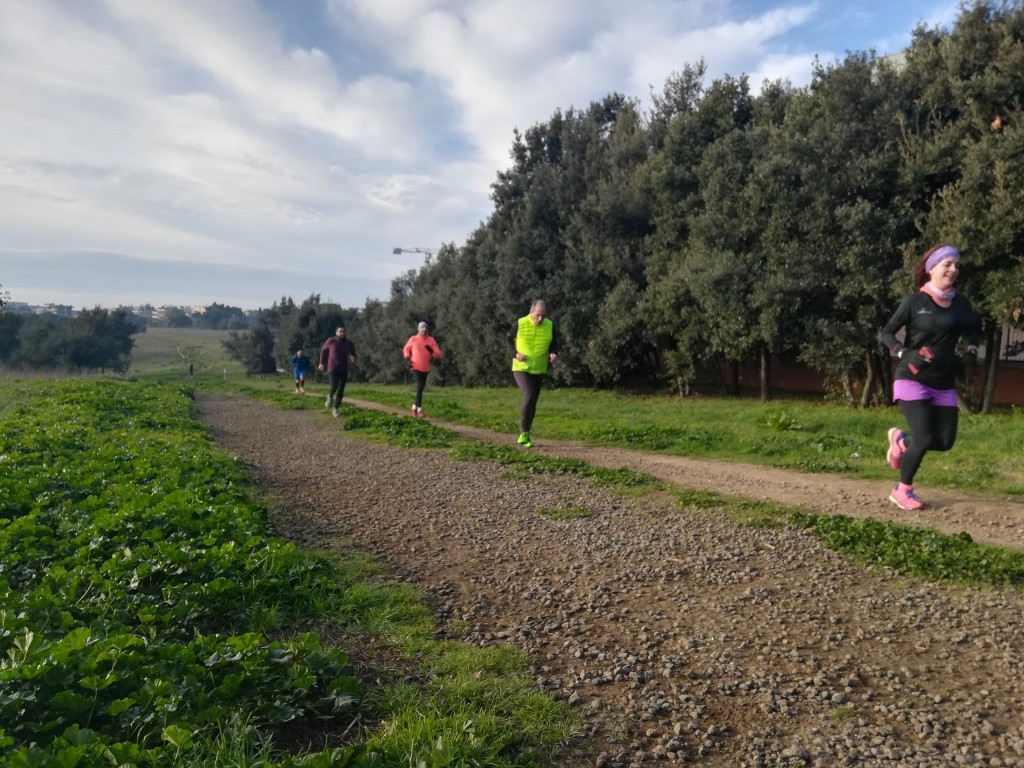 Out of all those improved times, particular applause goes to both Camillo and young Harry. In the first instance because he is constantly improving, and for the latterbecause his time is remarkable considering his age and was reached despite stopping to drink between the first and second lap.

On the subject of young parkrunners, little Evie Bradon reached the important milestone of 10 "grown up" parkruns this Saturday. Keep on running Evie! 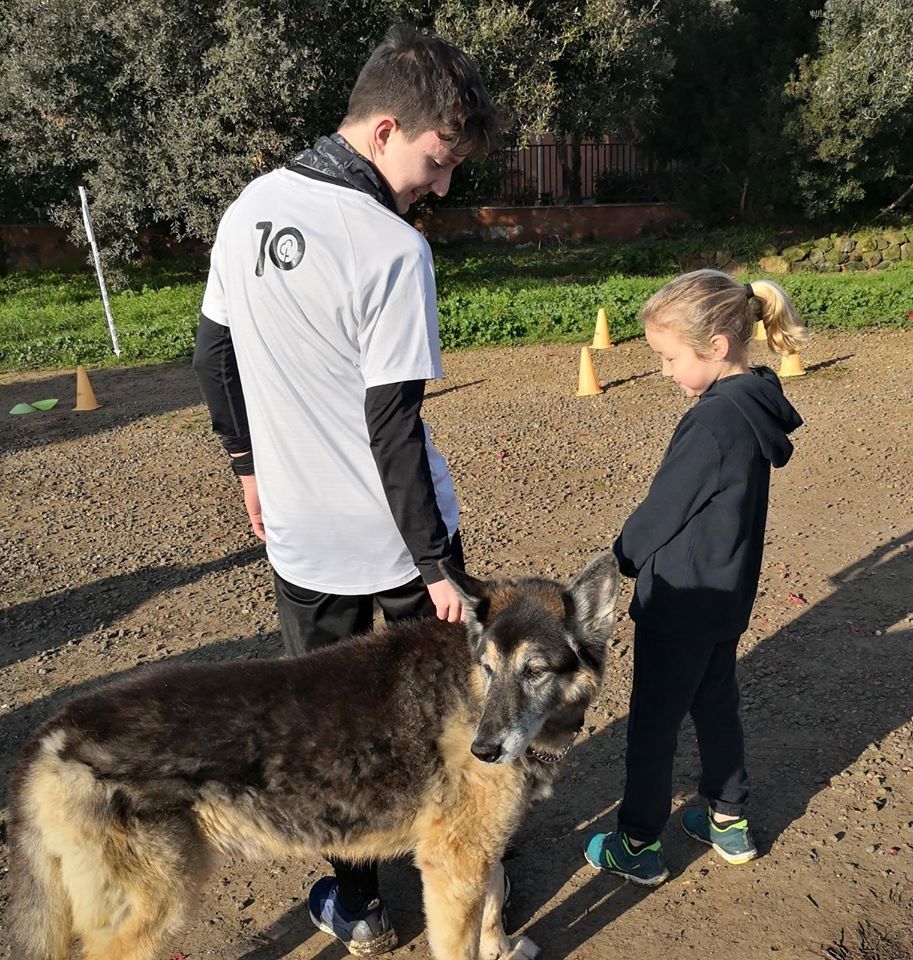 After over 2 months of rather guilt silence, we are back in style to sum up the feats of all our parkrunning heroes. They have been particularly courageous in the last two weeks, bereft of tourists (apart from a few welcome returnees) and battling against the mud. On the 21st December, 12 cheerful lunatics ran, or rather swam, through streams of mud and driving rain. Instead, on the 28th we concluded the year with 33 runners who enjoyed the sunshine after a notable absence.

Throughout this period of “radio silence”, we have seen a relatively high number of participants, excluding those days with exceptional rainfall or actual downpours: a healthy average of 50 finishers, with the highpoint being 71 on the 19th October. 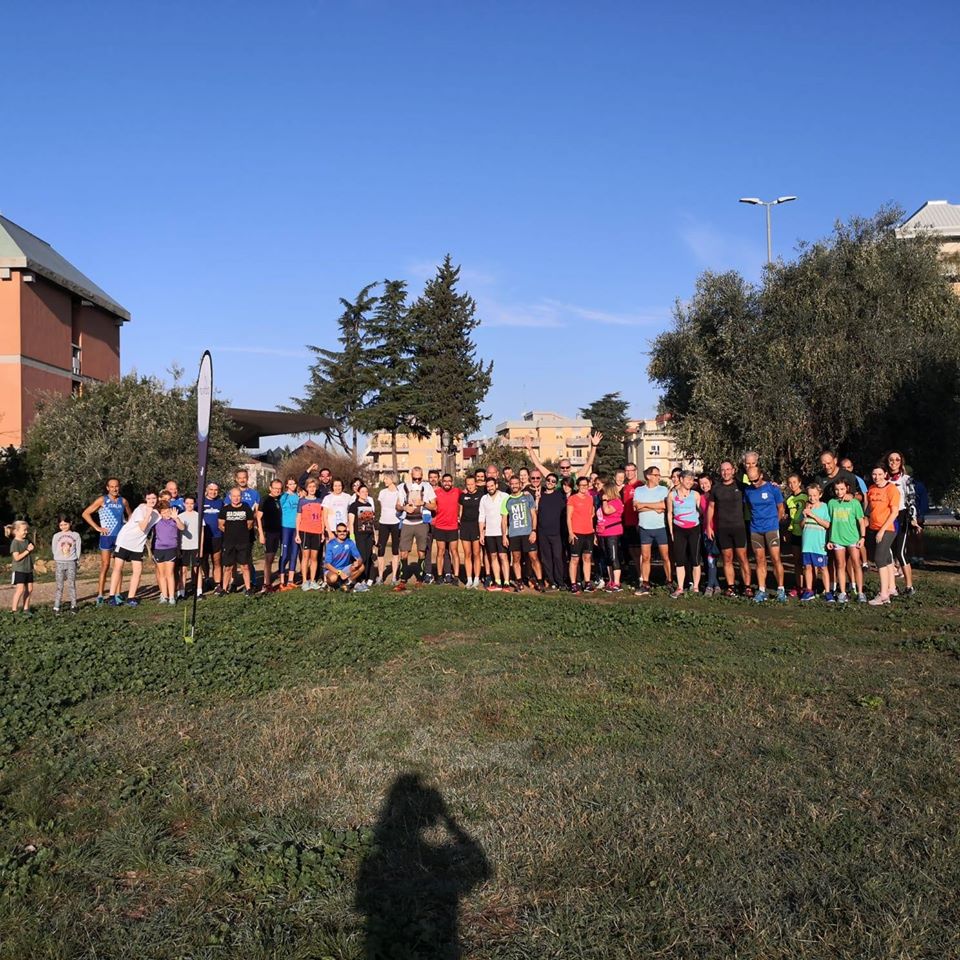 We’ve had 2.5 months filled with celebrations and events, in particular a number of parkrun milestones. Let us start by mentioning the young master of the house, Riccardo Vassallo who at the tender age of 8 has reached 50 parkruns (the youngest to achieve this in Italy). 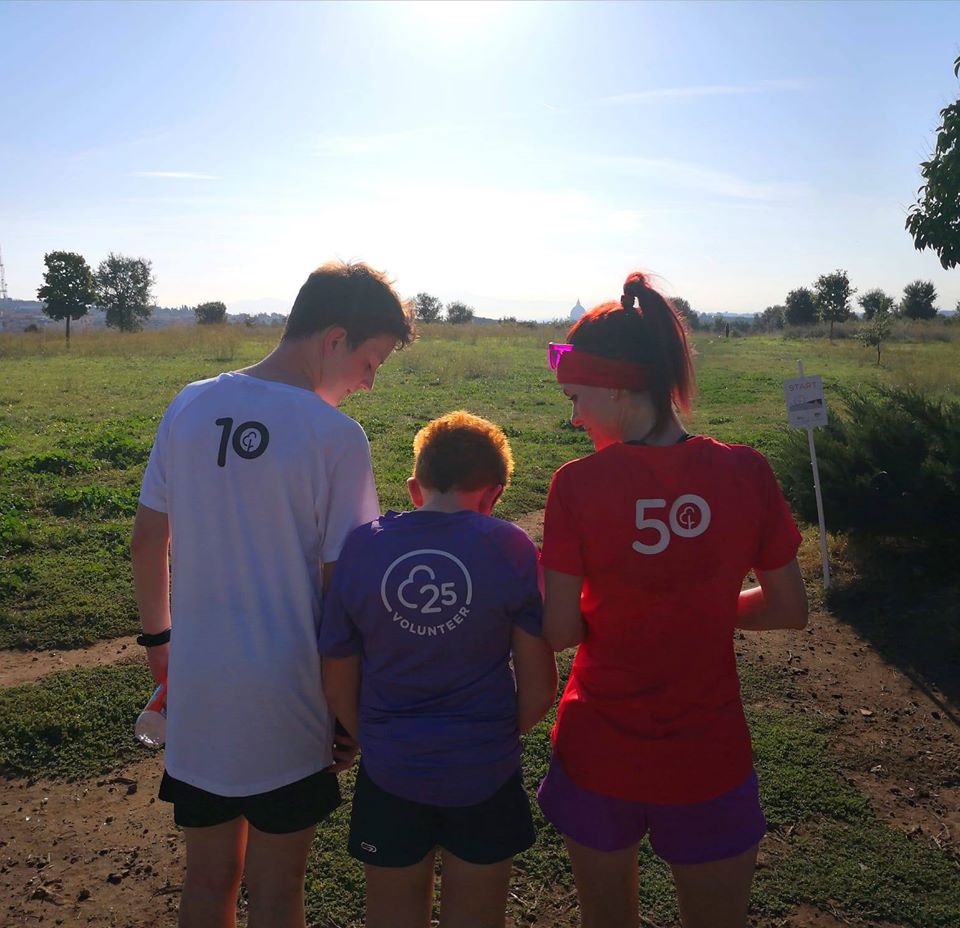 Worldwide this is perhaps less of a rarity and indeed a recent 50 milestone at Pineto was that of young New Zealander Toby Deverson, who is the same age as Riccardo. It was also Toby’s first parkrun outside of NZ (though he has run others since) and we hope it will remain a happy memory for him. 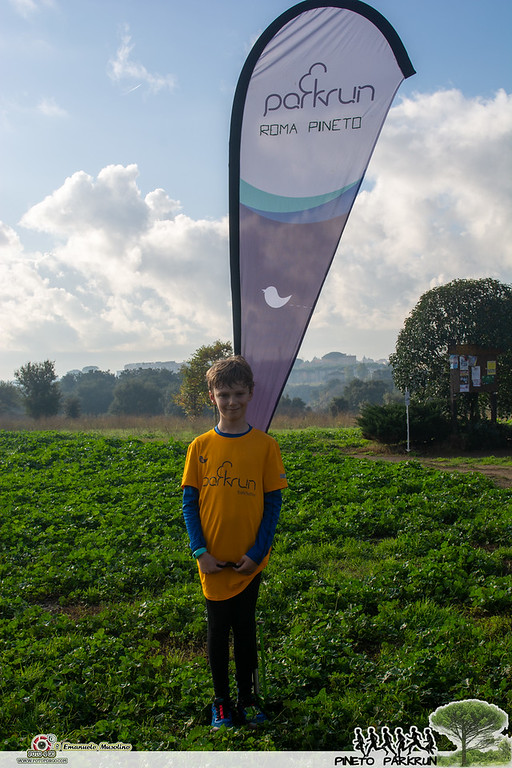 Many of our regular locals are one by one reaching the 50 mark. In November we celebrated Stefano Bolognesi, while Luciano Giovannini hit 50 during the Christmas Day special edition at Caffarella. 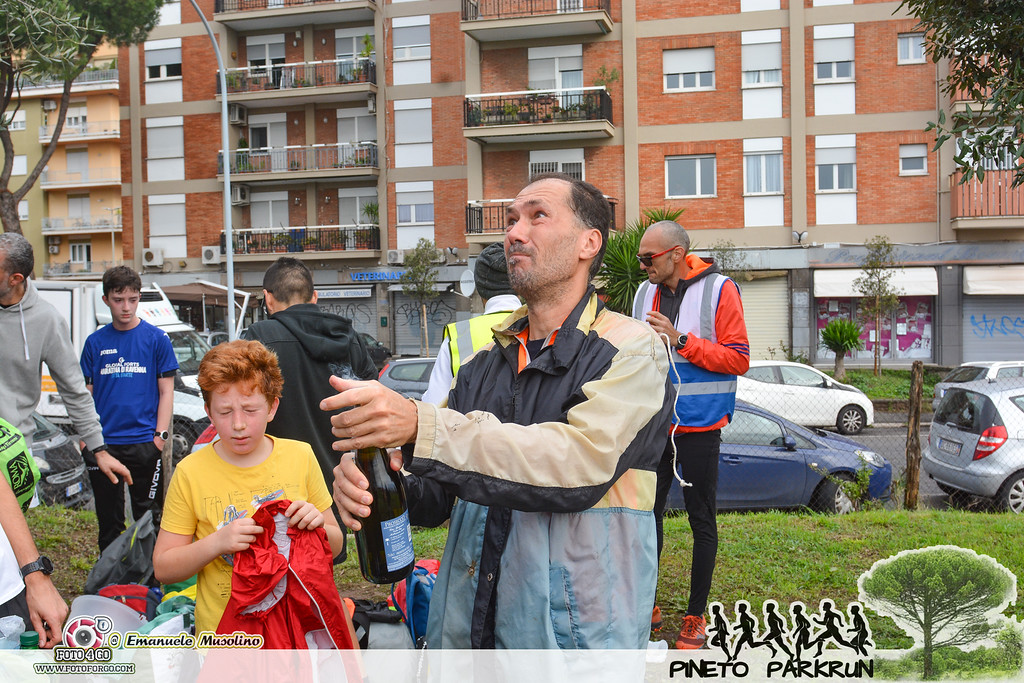 A final 50 very much deserving of celebration, even though not officially visible on the parkrun website, is that of the 50+ parkruns in ONE YEAR by our Luigi De Luca. The final count for him will be 53 parkruns out of a potential 54 possible in Rome this year (in 2019 we were not able to put on a NYD double, as we will in 2020!). Obviously, that week that he missed out on running, he was not technically absent but took part as Run Director.. 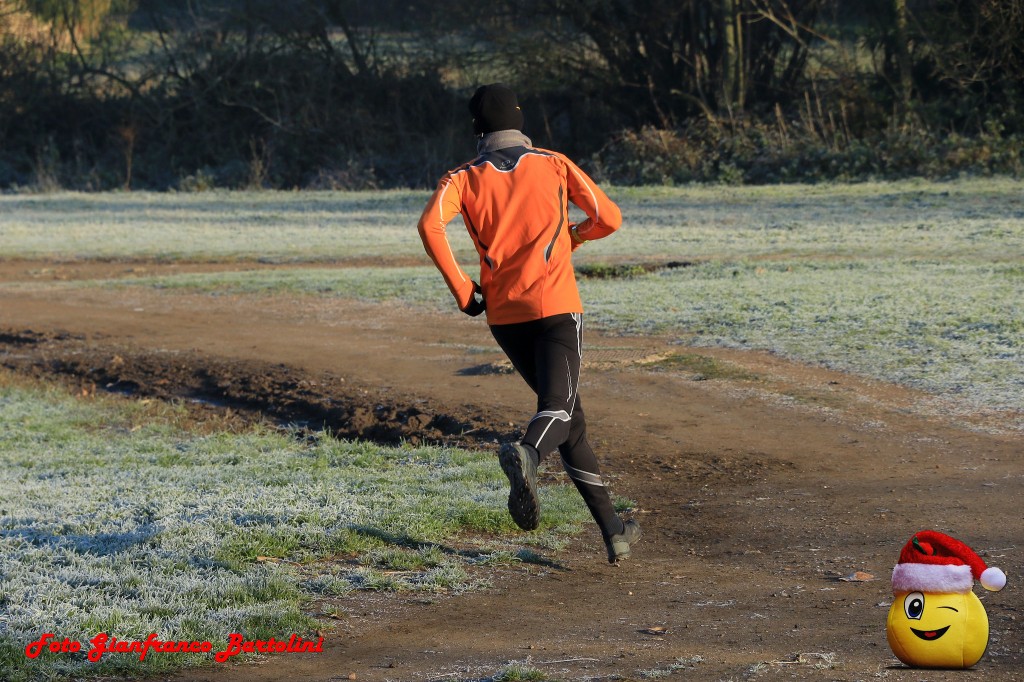 As we move into 2020 we are expecting many of our runners to reach the 50 milestone, but none of them will ever catch up with Jenny Stripe, who taking advantage of those runs that she had already accumulated in the UK before the advent of our Roman parkrun, has recently entered the hallowed 100 parkrun club! 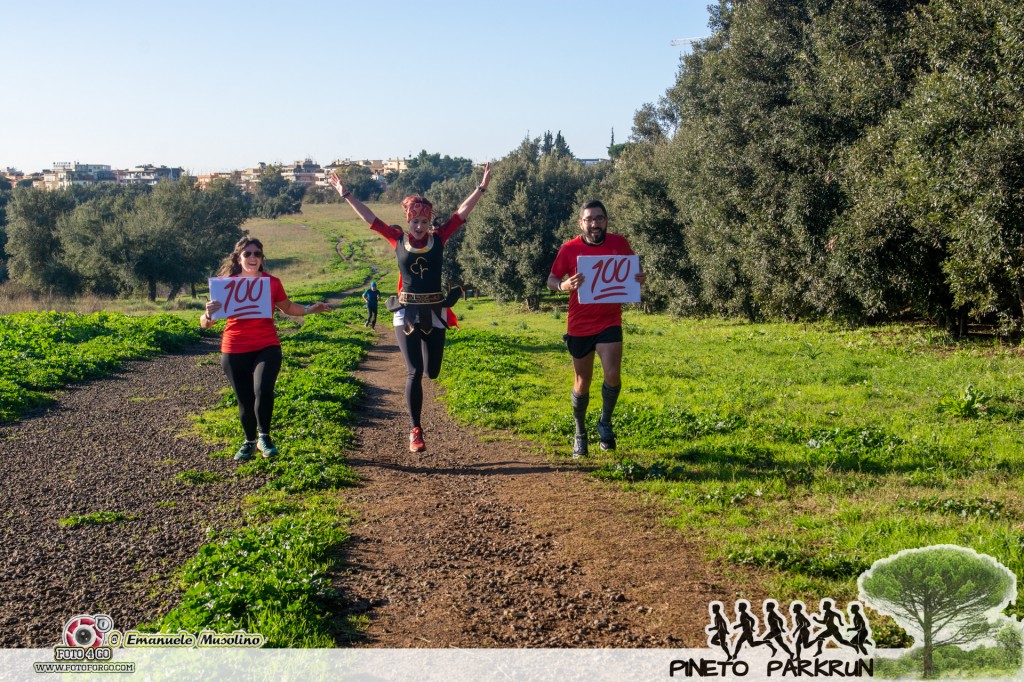 Thanks to the constant presence of tourists, Jenny was not the only one to celebrate 100 parkruns in this period: In fact, Anne Norgard (Callaghan parkrun, in Australia) and Helen Creek (from Lincoln parkrun in the UK) both reached this milestone strangely enough on the same day, the 26th October. 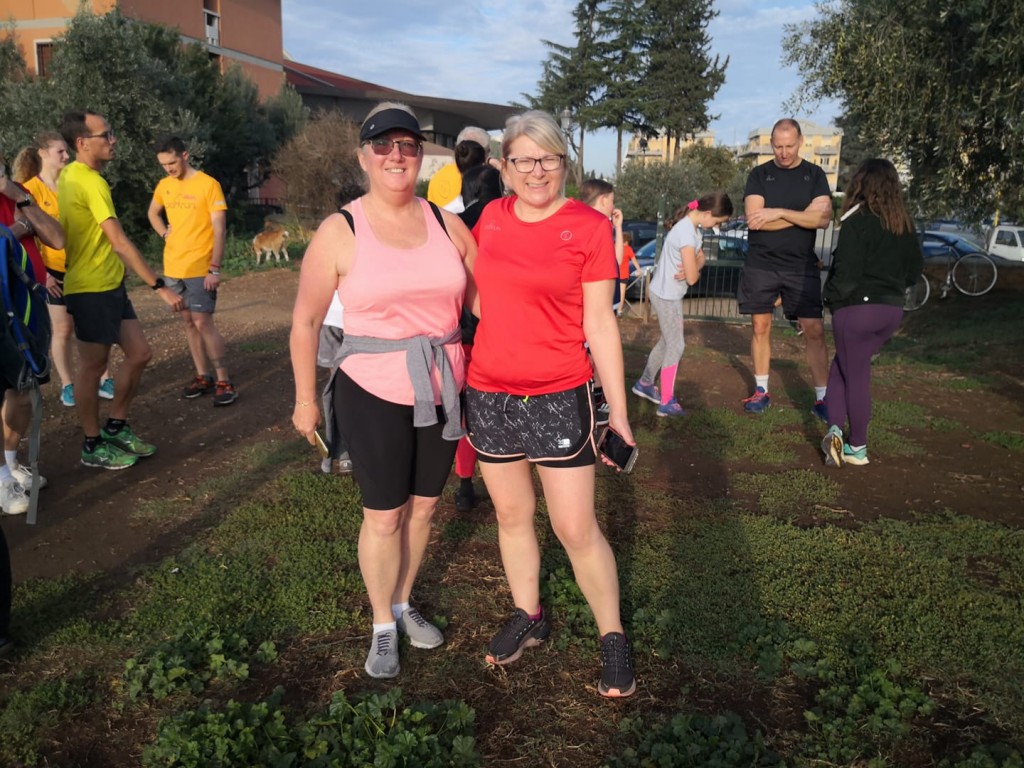 Besides Anne and Helen, we have had the pleasure of welcoming many foreign guests. It is sadly impossible to remember all of them and we apologise in advance for any team members or RDs that we have forgotten to mention. Firstly, we would like to cite the top three veterans:

We would also like to mention the many Event Directors, Run Directors and other notable guests who have chosen to visit us: 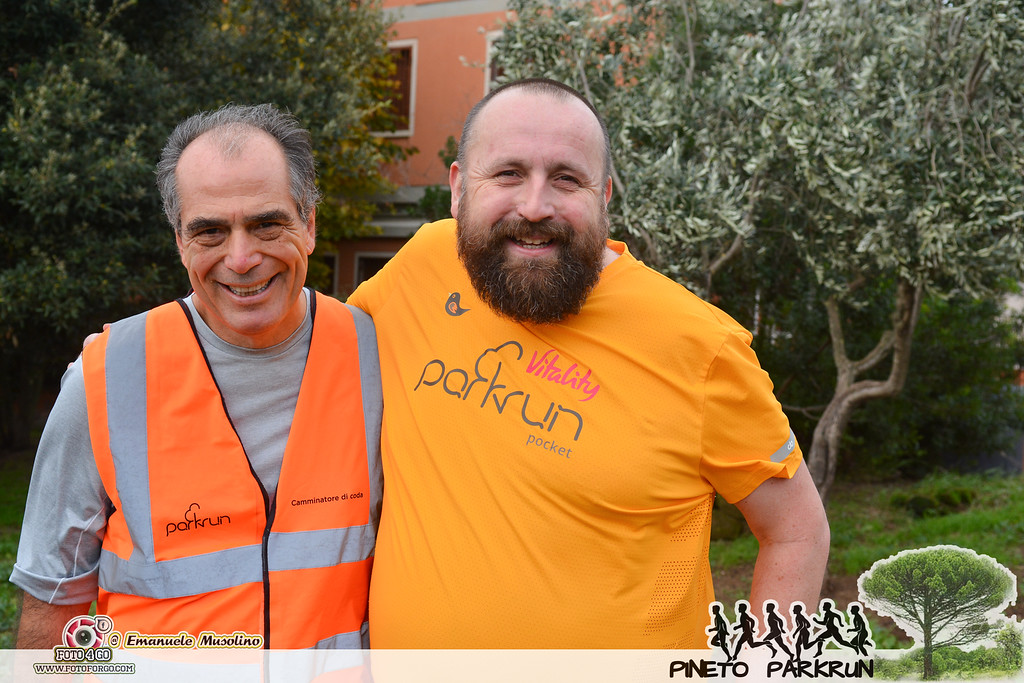 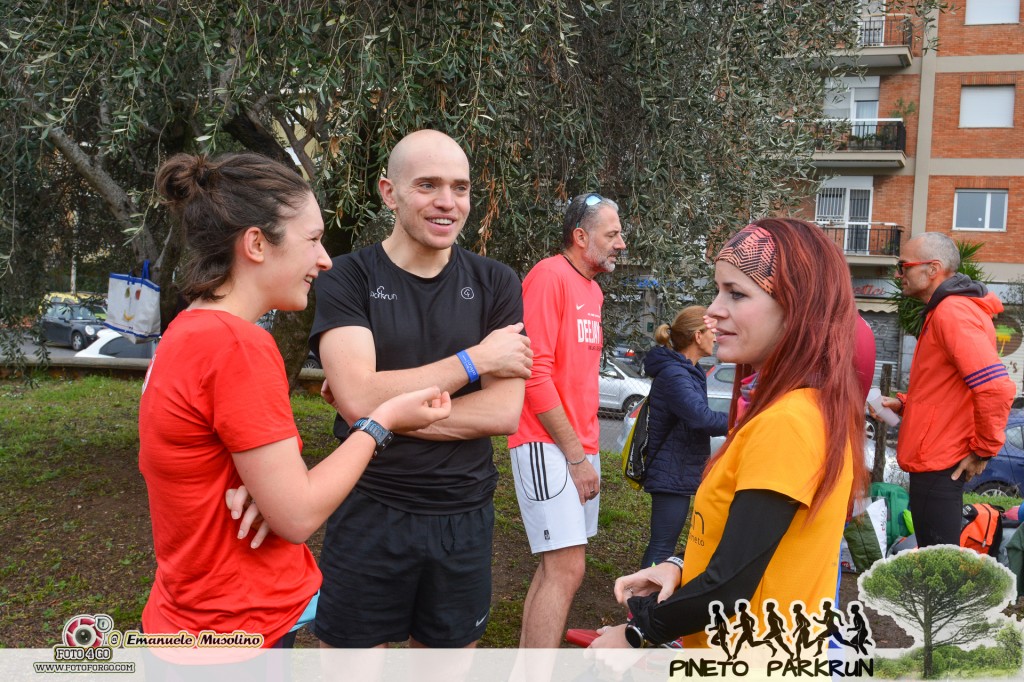 On the subject of Event Directors, we cannot overlook the visit paid to us Stefano Lorenzetti (ED of Mura di Lucca parkrun) who arrived just in time, like one of the Three Wise Men, accompanied by a group from Lucca, leaving behind many gratefully received culinary gifts :-P). Stefano turned up to find the locals dressed up for Halloween, seeing as we never miss an opportunity to party.

After Stefano, another attendance worth mentioning is that of Mark Francesco Ridger, the winner of the First edition of the Roma Pineto Trail (a race, which further explored the Pineto park, born from parkrun itself). Mark could well be a future candidate to take on Martin Lynas’ course record, but for now he limited himself to “taking it easy” in 18 minutes (a time that many of us can only hopelessly dream about).

However, one of our records did tumble in this period. The women’s course record, which had stood for over a year since event number 9, was easily taken by Louise Kjærulff TIETZE who was also the first to run under 20 minutes at Roma PIneto. 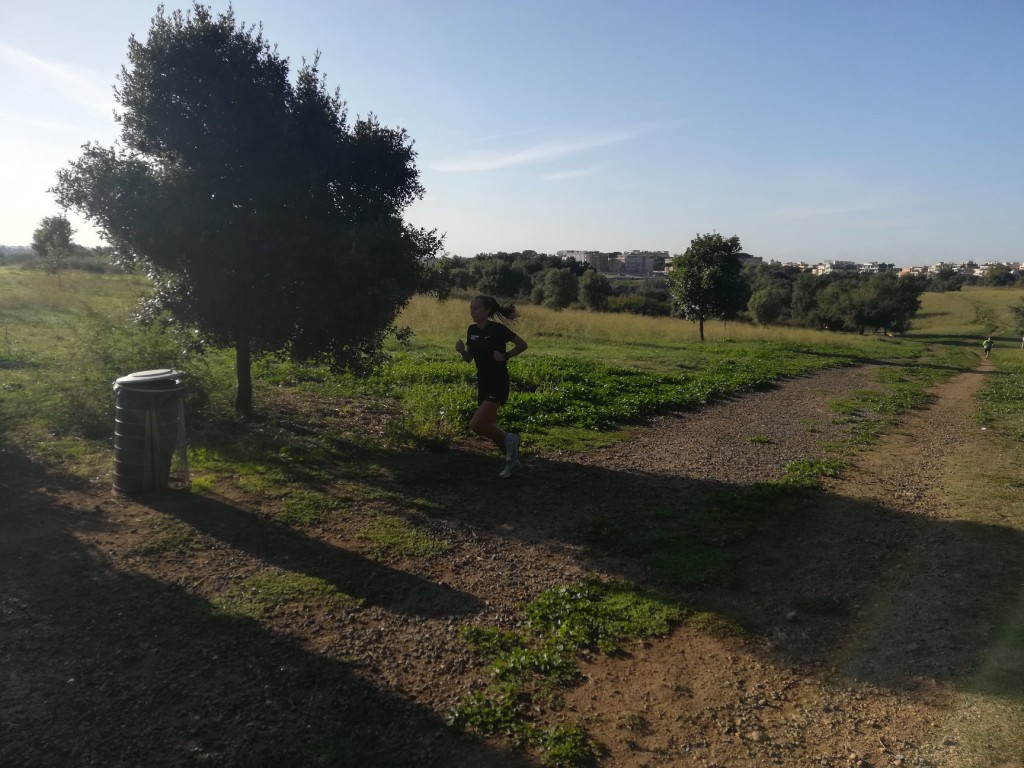 All records set at parkrun deserve celebrating, each different PB represents a personal improvement and so we would like to conclude with a round of applause going to: